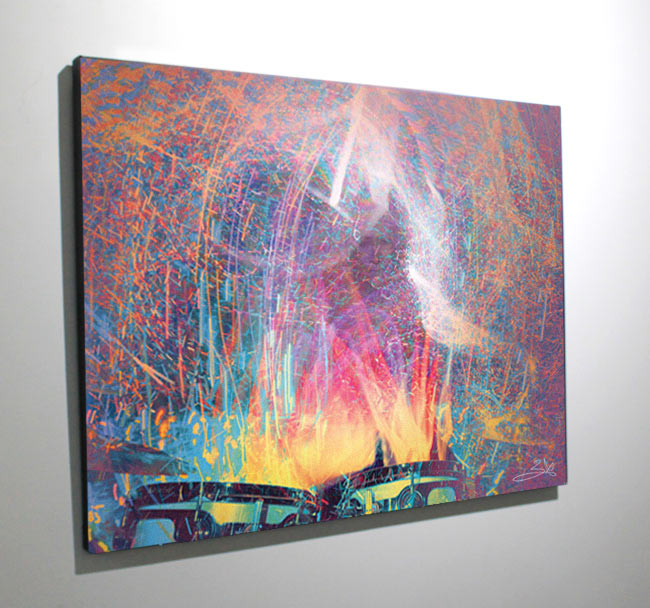 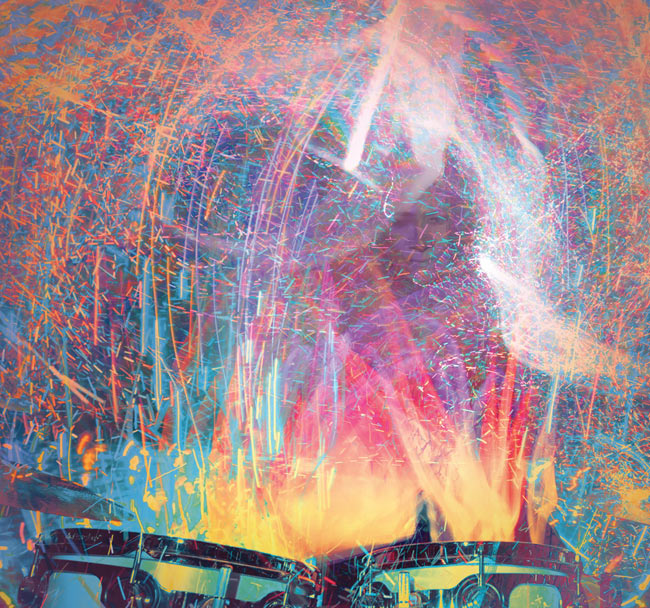 A bombastic visual showcasing the sheer power of the Queen of Percussion, Queen 1 is one of the most powerful pieces in the Emagination Collection. Crafted from fiber optic lit brushes, Sheila E. surrounds herself in the light of her performance behind the drum kit. Viewers will note her toms at the bottom of the piece, as well as her face burned into one of the color channels, appearing center-right of the visual.

Measuring 40"x 30" on canvas, there are a total of 20 pieces in the edition. All are numbered and individually signed by Sheila E. and SceneFour. Each piece ships with a Certificate of Authenticity.

• Measures 40”x 30”
• Giclee on canvas
• Edition of 20
• Signed by Sheila E. and SceneFour
• Certificate of Authenticity

Butterflies in
the Garden


Sheila E. is arguably the most acclaimed female drummer in history. She is also an accomplished singer, author, actress and now fine artist.

Born in Oakland, California, Sheila E. began her career performing and recording with music legend George Duke in the 1970s. With Duke, she sang and played percussion. By 1983, Sheila E. launched her career as a solo artist and has since released eight albums and brought the world several timeless classics like "Glamorous Life" and "Love Bizarre." Her work with Prince, both on record and in concert over the last four decades is also one of legend.

Now, with the Emagination Collection, Sheila E. ventures into a new realm...fine art. Featuring seven works in the collection, each piece is crafted from the rhythmic work of the artist using drums and percussion.


Music legend Sheila E. created the Emagination Collection in Los Angeles over the last 12 months. Working with Los Angeles art team SceneFour, each work in the collection is crafted from a new medium in art...rhythm. Like a painter utilizing oils and brushes, Sheila E. worked with drumsticks that light in variety of ways to build each of the visuals seen in this release. The results are vivid, abstract and conceptually unique.

All of the pieces in the Emagination Collection are printed on canvas. Each is numbered and individually signed by Sheila E. and SceneFour. Certificates of Authenticity are included with each work.